← back to
Whirlwind Recordings
Get fresh music recommendations delivered to your inbox every Friday.
We've updated our Terms of Use. You can review the changes here.

'A Throw of Dice' - Album Trailer

A Throw Of Dice 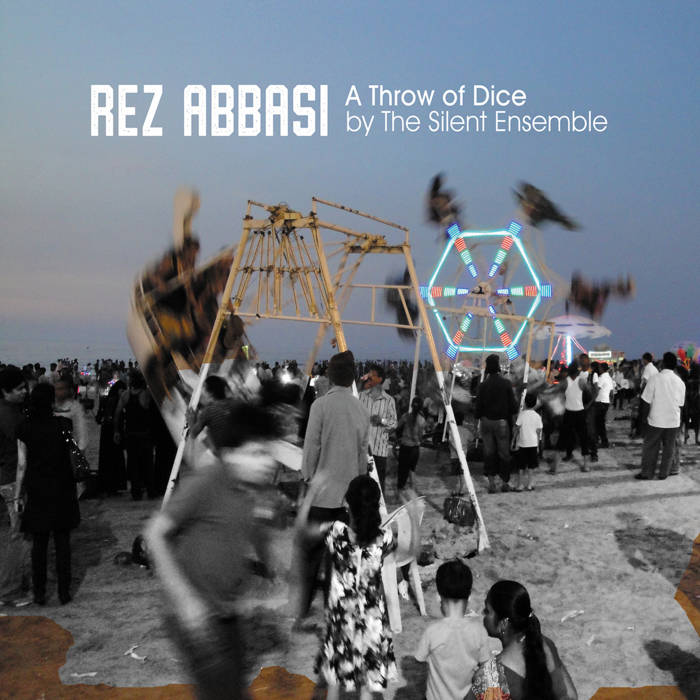 Comprehending the vastness of music’s evolution over almost a century, even in terms of jazz and world music alone, can be pretty mind-blowing – yet New York-based guitarist/composer Rez Abbasi spans that arc with an original release of quintet music based on ‘A Throw of Dice (A Romance of India)’, a vintage black-and-white Indian-German silent film from 1929.

New album, A Throw of Dice is Abbasi’s 13th release and his first film score. It features his group – The Silent Ensemble with saxophonist/flautist Pawan Benjamin, bassist/cellist Jennifer Vincent, Carnatic percussionist Rohan Krishnamurthy and drummer Jake Goldbas. The project was commissioned in 2017 by David Spelman, curator of the celebrated New York Guitar Festival. Following an Abbasi trio performance at WNYC’s Green Space, hosted by veteran radio DJ John Schaefer, Spelman quickly recognised the eclecticism and power in Abbasi’s music and what his broad musical range could bring to a larger concept. “The idea was to write a new score for the historic 74-minute film – A Throw of Dice, and to perform it live at Brookfield Place in Manhattan and The Krannert Center in Illinois”, explains Rez, “The film is simply amazing – the last and widely regarded as the best in a trilogy made by German director Frank Osten – shot in dramatic locations within Rajasthan with ‘jungle’ animals and a cast of thousands.” The tale is based on an episode from The Mahābhārata, one of two epic Sanskrit tales of India from 8th century B.C.E.; a moral and philosophical story of love and manipulation, played out in a very human fashion where (just as relevant in our times) greed ultimately can never win.

Inspired by ragas and Indian rhythms, Abbasi has created a sequence of richly aromatic soundscapes which, importantly, reflect his own jazz, western classical and rock music personality. This began as a musical narrative – a through-composed “collaboration with Indian and cinematography history” with both scored and improvisatory responses to on-screen action. Yet away from the visuals it’s a striking creation, integrated and brought to life by each member playing multiple instruments; standard jazz instrumentation augmented by sitar-guitar, cello, bansuri flute, ghatam, mridangam and kanjira. As Rez states, “It was imperative to have a versatile group in order to mirror the flow of the film. With these textural possibilities, I felt I had the flexibility to keep the music aligned with whatever emotional content the film presented."

The episodic mystery of Abbasi’s music is compelling, as gentle acoustic guitar and flute melodies shift into atmospheric percussion and sitar-guitar is bolstered by the jazz vibrancy of sax riffs and heavy grooves. Blissful moments of beauty abound, through echoic tenor soloing in ‘Amulet and Dagger’ to the calming flute, guitar and cello tranquillity of ‘Seven Days’. In contrast come the dancing jazz and rock motifs of ‘Jugglers’ and ‘Moving Forward’, while Abbasi’s extemporary prowess shines through in sumptuous ‘Wedding Preparation’, complete with gloriously mesmeric exchanges between electric guitar and soprano saxophone.

“This album is quite different from anything else I’ve done – something I would not have created had it not been for the film’s guidance, which is so pleasing”, enthuses Rez. “Engaging with the characters’ emotional and psychological content, the visuals along with other stimuli, galvanized my ideas. However, as subservient as I was to the film, knowing that the music was going to be released separately, it was important for me to create an engaging listening experience that would be strong on its own. The added bonus is, as a performance piece the pockets of improvisation allows it to evolve every time.”

"Denoting tremendous sagacity in the arrangements and juggling a variety of influences, 'A Throw of Dice' provides aural pleasures in each of its narrative episodes. Abbasi’s first cinematic essay comes filled with expressive charisma and musical substance..."
JazzTrail

"A coherent but constantly shifting array of elements... At once organic and mysterious, faintly programmatic but not fully tethered to any specific visual narrative... Consistently interesting and enjoyable as a listening experience."
CD Hotlist

"A modern/ancient feeling pervades, along with the sense of sterling craftsmanship in the writing and playing."
★★★★ All About Jazz

"An evocative musical journey revealing a new quality to his [Abbasi's] work and an important reference to his musical roots and associations."
Era Jazzu

"A coherent but constantly shifting array of elements... The music feels at once organic and mysterious... Consistently interesting and enjoyable."
CD Hotlist

"Using elements of jazz, rock, Indian and classical music... 'A Throw of Dice', like all notable soundtracks, sounds just as interesting without the cinematic image."
JazzBuzz

"The cinematic nature of the pieces showcases brilliant melodic composition, by turn fragile, delicate, melancholic and dramatic."
Jazz a Babord

"Rez Abbasi has carved out a career exploring the interfaces beween his diverse musical heritage... A highly unusual release with a wealth of original creative ideas."
Jazz Views

"Abbasi and band have a very rich palette... For those that like their jazz laced with music of the East and want to hear stimulating and subtly exciting fusion, this is the place to be."
★★★★ Icon Magazine

“A Throw of Dice present[s] a lovely fusion of jazz and Indian music that is melodic, inventive, and enjoyable to hear.”
Exposé

“You know that this guy is on to something when the music makes you want to see the movie!”
Jazz Weekly

"The score stands alone from the movie, forming a melodic and episodic suite that deserves a close listen."
LA Jazz Scene